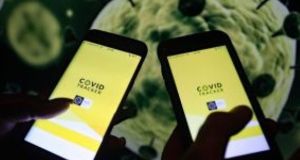 The apps use the same underlying source code developed by NearForm

The Covid tracing app developed by NearForm for use in Northern Ireland is now able to swap data with similar apps rolled out in Scotland and Jersey.

Authorities in Scotland on Wednesday confirmed that its new app now works the one developed for use in the North by the Waterford company earlier this year.

Interoperability allows for app users to continue exchanging anonymous bluetooth IDs when travelling in different regions. If an app user later tests positive they can anonymously alert their close contacts in both jurisdictions.

The Northern Irish app is also able to swap information with the one developed in the Republic.

All of the apps developed use the same underlying source code developed by NearForm and open sourced by the Irish Government to the Linux Foundation Public Health under the Covid Green project.

NearForm’s original solution is one of three national apps in the initial launch of the European interoperability gateway, which launched last week.

The company, which has gone on to develop apps for New York, New Jersey, Pennsylvania and Delaware that share data, has recently had its app tested for interoperability with the systems of five other European Union member states: Czech Republic, Denmark, Germany, Italy, Latvia.

The original Irish contact tracing app is one of the most successfully adopted in the world, with more than 1.72 million downloads locally. Globally, solutions developed based on NearForm’s solution are now available to 55 million people.

“Covid-19 doesn’t recognise borders and we’re seeing more countries and states collaborate in this effort to provide an additional layer of protection for people travelling between jurisdictions. The app puts the power in people’s hands to protect themselves and others while helping to slow the spread of Covid-19.” said NearForm chief executive Cian Ó Maidín.