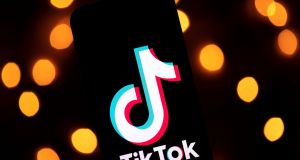 Microsoft is exploring an acquisition of TikTok’s operations in the United States. Photograph: Lionel Bonaventure / AFP via Getty Images

Microsoft is exploring an acquisition of TikTok’s operations in the United States, according to a people familiar with the matter. A deal would give the software company a popular social media service and relieve US government pressure on the Chinese owner of the video-sharing app.

The Trump administration has been weighing whether to direct China-based ByteDance to divest its stake in TikTok’s US operations, according to several people familiar with the issue. The US has been investigating potential national security risks due to the Chinese company’s control of the app.

While the administration was prepared to announce an order as soon as Friday, according to three people familiar with the matter, another person said later that the decision was on hold, pending further review by President Donald Trump. All of the people asked not to be identified because the deliberations are private.

Spokespeople for Microsoft and TikTok declined to comment on any potential talks. The software company’s interest in the app was reported earlier by Fox Business Network.

Any transaction could face regulatory hurdles. ByteDance bought Musical.ly in 2017 and merged it with TikTok, creating a social media hit in the US – the first Chinese app to make such inroads. As TikTok became more popular, US officials grew concerned about the potential for the Chinese government to use the app to gain data on US citizens.

The committee on foreign investment in the US began a review in 2019 of the Musical.ly purchase. In recent years, the committee, which investigates overseas acquisitions of US businesses, has taken a much more aggressive role in reviewing and approving deals that may threaten national security. It can recommend that the president block or unwind transactions.

It’s also possible that other potential buyers could come forward, said another person familiar with the discussions. Microsoft’s industry peers – Facebook, Apple, Amazon. com and Alphabet – fit the profile of potential suitors, though all are under antitrust scrutiny from US regulators, which would likely complicate a deal.

A purchase of TikTok would represent a huge coup for Microsoft, which would gain a popular consumer app that has won over young people with a steady diet of dance videos, lip-syncing clips and viral memes. The company has dabbled in social media investments in the past, but hasn’t developed a popular service of its own in the lucrative sector.

Microsoft acquired the LinkedIn job-hunting and corporate networking company for $26.2 billion in 2016.

Microsoft can point to one acquisition that came with a massive existing community of users that has increased under its ownership – the 2014 deal for Minecraft, the best-selling video game ever.

Other purchases of popular services have gone less well. The 2011 pickup of Skype led to several years of stagnation for the voice-calling service and Microsoft fell behind newer products in the category.

Outside of Xbox, the company hasn’t focused on younger consumers. A TikTok deal could change that, though, and give Microsoft “a crown jewel on the consumer social media front”, Dan Ives, an analyst at Wedbush Securities, wrote in a note to investors Friday.

The deal could re-energize Microsoft’s advertising business with a huge supply of video.

Microsoft generates the bulk of its $143 billion in annual revenue by licensing software such as Windows and Office as well as cloud storage and computing tools through its Azure service.

The company, with advertising supported businesses including its Bing search engine, MSN news service and LinkedIn business social network, disclosed this month that its search ad sales grew 1 per cent to $7.7 billion over the last year. But that growth was flat when excluding fees it pays to partner websites and apps.

Social media services, including Facebook and Alphabet’s YouTube, have seen their sales growth continue during the pandemic as users spend more time entertaining themselves online – particularly with video – and advertisers follow them there. Without an entertainment service aimed at a broad audience, Microsoft has struggled to capture the increasingly lucrative videos flowing to YouTube, Facebook and more recently TikTok, which widely opened its ad tools this month.

Microsoft faces fewer constraints than its tech rivals with any bid. “Its consumer strategy remains in flux and an aggressive acquisition (or strategic investment) of TikTok would be Microsoft throwing its hat in the ring and trying to compete with other tech giants in a new avenue of growth,” said Mr Ives.

TikTok has repeatedly rejected accusations that it feeds user data to China or is beholden to Beijing, even though ByteDance is based there. TikTok now has a US-based chief executive officer and ByteDance has considered making other organisational changes to satisfy US authorities.

“Hundreds of millions of people come to TikTok for entertainment and connection, including our community of creators and artists who are building livelihoods from the platform,” a TikTok spokeswoman said Friday. “We’re motivated by their passion and creativity, and committed to protecting their privacy and safety as we continue working to bring joy to families and meaningful careers to those who create on our platform.”

The mechanics of separating the TikTok app in the US from the rest of its operations won’t come without complications. Unlike many tech companies in the US where engineers for, say, Google, work on particular products like YouTube or Google Maps, many of ByteDance’s engineers work across its different platforms and services and continue to work on TikTok globally.

On Thursday, US Senators Josh Hawley, a Missouri Republican, and Richard Blumenthal, a Connecticut Democrat, wrote to the justice department asking for an investigation of whether TikTok has violated the constitutional rights of Americans by sharing private information with the Chinese government.

A deal with Microsoft could potentially help extract ByteDance from the political war between the US and China.

US Senator Marco Rubio, a Florida Republican and member of the Senate’s select committee on intelligence, applauded the idea of a TikTok sale.

“In its current form, TikTok represents a potential threat to personal privacy and our national security,” Mr Rubio said in a statement. “We must do more than simply remove ByteDance from the equation. Moving forward, we must establish a framework of standards that must be met before a high-risk, foreign-based app is allowed to operate on American telecommunications networks and devices.” – Bloomberg / Reuters