Losses widen at NewsWhip as it ups spending on tech platform 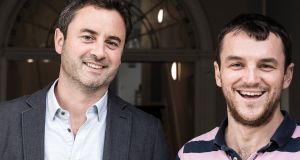 Losses more than doubled at Dublin-headquartered social media monitoring company NewsWhip last year as the company invested heavily in its technology platform as it looks to grow recurring subscription revenues.

Founded by Paul Quigley and Andrew Mullaney in 2011, NewsWhip uses predictive data and analytics to identify breaking news stories of relevance to their clients. The company has more than 500 of the world’s leading publishers, brands and agencies as customers, including big names such as Reebok, the Washington Post, IBM, Ford, Condé Nast, L’Oréal and Walmart.

“We have been growing substantially over 2017 and 2018, a period which has seen tremendous changes,” he said.

“There was a boom a couple of years ago fuelled by cheap Facebook traffic and other trends but that has now passed. Where the big opening is, and what is fuelling growth for us at currently, is the need for brands to be able to tell a story. We’re helping many of them to act like a smart newsroom,” Mr Quigley added.

NewsWhip, which has offices in Dublin and New York, has raised just over $9 million (€7.9 million) to date, including $6.4 million in a series A funding round in early 2017 that was led by Tribal Ventures.

The latest accounts show NewsWhip raised €1.5 million in debt finance two months ago from specialist lender Harbert European Growth Capital, of which half was available for immediate draw down and the rest available at any time until next June.

NewsWhip, which started out as a consumer app for trending news before the company decided to focus on the needs of business customers, employed 55 people at the end of last year, most of whom were in Dublin. Staff costs, including wages and salaries, totalled €4.3 million, up from €3 million a year earlier when 40 people were employed by the company.

The company upped spending on research and development activities during the year as it looks to build new services. Overall, R&D spend totalled €1.5 million, as against €1.1 million a year earlier.