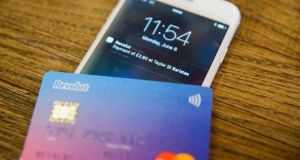 Revolut is currently opening between 8,000 and 10,000 current accounts daily and transacting more than $4 billion per month in volumes

Revolut, whose backers include Dublin and London-listed venture capital firm Draper Esprit, said it will implement the new licence early next year, initially focusing on smaller European countries, before passporting it to bigger markets such as the UK, France and Germany.

The new banking licence will allow customers to start depositing their salaries with Revolut with all accounts under €100,000 protected under the European Deposit Insurance Scheme. Revolut said it also intends to begin offering overdrafts, personal and business loans at rates that are comparable if not better than traditional high street lenders.

The fintech, which was launched by Nikolay Storonsky and Vlad Yatsenko in July 2015, has recorded phenomenal growth since it was established. Revolut now has more than 3 million customers across Europe, up from 1 million a year ago.

The company is currently opening between 8,000 and 10,000 current accounts daily and transacting over $4 billion per month in volumes. In terms of turnover, Revolut has increased revenues fivefold year-on-year and broke even on a monthly basis back in December 2017.

The company initially gained traction by allowing customers to transfer money abroad but it has since rolled out a number of complementary services.

“With the banking licence now secured, commission-free stock trading progressing well and five new international markets at final stages of launch, we are living up to our reputation as the “Amazon of banking”. Our vision is simple: one app with tens of millions of users, where you can manage every aspect of your financial life with the best value and technology”, said Nik Storonsky, Revolut’s chief executive.

1 Why we should be slow to use tracking apps in coronavirus response
2 Unemployment rate jumps to 16.5% in Republic
3 Lockdown exit: How can Irish economy reopen without big health risks?
4 Pandemic payments will ‘significantly’ support incomes – ESRI
5 Bank puts business owner on hold for month on Covid finance
Real news has value SUBSCRIBE