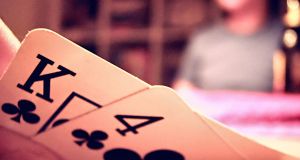 Artificial Intelligence may have defeated top human players in chess, checkers and Go but these games, although complex, have one thing in common: they are what are known as “perfect information” games.

This means both players know the state of play at every point of the game. When it comes to poker, it is a little more complicated and involves building a game strategy taking hidden information into account.

Researchers at Carnegie Mellon University in the United States have developed an AI, known as Libratus, that has for the first time defeated top human players at heads-up (ie two player) no-limit Texas hold’em.

Libratus has a three-pronged approach when it comes to its poker face: it has “an algorithm for computing a blueprint for the overall strategy, an algorithm that fleshes out the details of the strategy for subgames that are reached during play, and a self-improver algorithm that fixes potential weaknesses that opponents have identified in the blueprint strategy,” explained the researchers.