Are you a science enthusiast and feminist? Join the book club 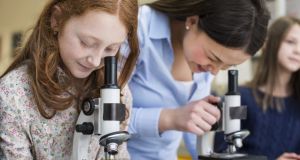 If you haven’t already got around to making your new year’s resolution, why not choose one that involves feminism and learning new things about science? The STEMMinist Book Club Group on online book community Goodreads. com">goodreads.com is a public group covering publications relevant to gender equality, science and the wider Stemm subjects (science, technology, maths and medicine).

The first book being read by the Aussie-based online group is Inferior: How Science Got Women Wrong and the New Research that’s Rewriting the Story by UK science journalist and author Angela Saini. This book – and the book club itself – is particularly relevant following a year of mixed discussions about women in science and technology in the wake of a former Google employee using bad and outdated science as the basis for a memo in which he decided that women weren’t as suitable for tech roles as men.

As one Goodreads reviewer noted: “There are times when a book comes along that is perfectly timed for the zeitgeist – and that’s true of Angela Saini’s Inferior. Most of the educational and scientific community would, I’m sure, protest their absolute lack of gender bias – but the fact remains that the scientific establishment is still predominantly run by men.”