A ‘switch’ is discovered that could reverse the ageing process 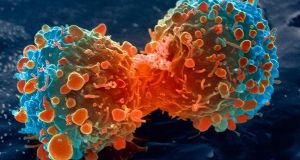 Last week a research paper was published on the discovery that the COX7A1 gene is a switch that controls embryonic healing processes. These genes that control embryonic development are still present in adults. Patrick Cox, editor of Transformational Tech Alert, explained that while these genes are dormant, they are still there, and recent research has made headway into their reactivation.

What does this means for the future of medicine? Well, there now exists the possibility that damaged and ageing tissue could be regenerated. In other words, rather than discovering a literal elixir of youth, scientists are potentially nearing a genetic breakthrough that may reverse the ageing process.

“Indeed, the implications of iTR (Induced Tissue Regeneration) in humans are staggering,” says Cox. “Skin, hearts, eyes, pancreases, joints, even brains could be rejuvenated if the genetic code were found to unlock iTR. Ageing itself could be reversed.” So maybe another new year’s resolution can be keeping your body in tip-top shape while waiting for scientists to reverse all the damage already done by festive indulgences.