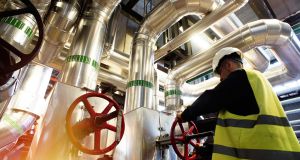 Klir, an Irish-founded compliance start-up for water utilities, is following in the footsteps of well-known tech companies like Airbnb, Stripe, and Dropbox, by securing a spot on the renowned Y Combinator programme in Silicon Valley.

The company, which is now headquartered in Toronto, Canada, has been selected to take part in the latest instalment of the seed accelerator, which runs twice a year.

Y Combinator has funded more than 2,000 start-ups since 2005 with a typical investment of $150,000 (€134,965) per company. It is seen as the first and best seed accelerator for tech start-ups globally, with the combined valuation of companies in its portfolio topping $155 billion.

Stripe founder Patrick Collison has said it played a key part in helping his company find success, while Marc Andreessen of VC firm Andreessen Horowitz described it as “the best programme for creating top-end entrepreneurs that has ever existed”.

Other well-known companies to have participated in the programme include Coinbase, Doordash, Instacart, GitLab and Reddit. A small number of Irish-founded start-ups have also taken part in the accelerator, including Inscribe and CircleCI.

Klir was founded in 2017 by DCU graduate David Lynch and University of Limerick graduate Elaine Kelly who met at the start of their careers in Accenture.

It currently employs 10 people currently across Toronto and Dublin.