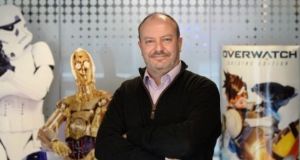 Keywords Studios chief executive Andrew Day. The firm has spent an estimated €233 million on acquiring 37 companies since 2014 to the end of October

Kantan was acquired for a potential consideration of up to €7 million, with €3.5 million in cash and €2.9 million to be paid in cash and shares based upon performance targets for Kantan for the three years following completion.

The company develops automated translation technology and has its own neural network machine translation engines, KantanMT, and a global crowdsourcing translation platform, KantanSkynet. Among the companies using its services are eBay, VistaPrint and the European Commission.

The company, which was founded by Tony O’Dowd, is based at Dublin City University’s ADAPT Centre and employs nine people. In the 12 months to March 31st, 2019, Kantan generated revenues of over €800,000.

The second acquisition, Ichi Holdings, is costing keywords £3.2 million (€3.7 million), with £2.24 million (€2.63 million) being paid in cash. The London-based company, which was founded in 2009, provides creative and marketing services to video game publishers, the sports sector and the entertainment industry. It employs 13 people.

Keywords, which was recently named Irish technology company of the year, has spent an estimated €233 million on acquiring 37 companies since 2014 to the end of October.

1 Corona beer firm reeling after 8% slide due to coronavirus
2 Life as a Facebook moderator: ‘People are awful. This is what my job has taught me’
3 Pharma giant AbbVie warned Government against ‘unfair’ €572m tax bill
4 Why Irish banks are now looking beyond vulture funds on problem loans
5 We have little chance of building enough homes to meet election promises
Real news has value SUBSCRIBE