Android, Apple . . . there is something to suit everyone 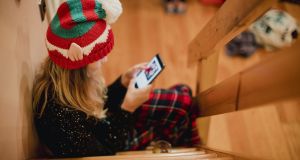 Planning on upgrading your phone? Here are five mid-range(ish) phones to add to your Christmas list.

Huawei’s last big release with Google Services, the P30 offers a lot, not least a fantastic camera. It may not have the same camera set up as the P30 Pro, but it still keeps the triple camera on the rear of the phone. There’s a bit of AI in there too, which will help identify the best settings for your photographs. The phone comes with 128GB of internal storage, and you can expand it with a memory card but it has to be Huawei’s Nano memory. There is wireless charging, and the ability to charge other wireless enabled devices from the phone, which is a nice extra. Sim free and unlocked, you can expect to pay €600.

The smaller sibling to Samsung’s flagship phone released earlier this year, the S10e keeps things simple. Design wise, there’s no rounded edges like the S10 or S10+, which makes it easier to keep hold, even if it makes the phone a little more generic looking. There’s a dual camera on the rear of the phone, with a 12MP wide-angle camera and 16MP ultra-wide option. The images it produces are great, with good colour reproduction and minimal noise.

Unlocked and sim-free, the phone will cost you almost €700, but you can knock up to €170 off that price if you opt for a pay as you go plan with a network.

The Pixel 3a XL does a lot of things very well, and some things moderately well.

Take the camera set-up. It may not have the same dual front camera that the Pixel 3 XL has,or the Pixel 4, but you might not miss it. Instead, the 3a XL stuck with the useful features: for example, Night Sight, the Pixel’s low-light mode, which produces some great results even when the lighting is less than optimal; and portrait mode, which lets you play with the depth of field. The 12.1 megapixel resolution on the rear camera is more than good enough, with vivid colours. The phone itself is speedy, and it’s all wrapped up in a decent-looking package. Plus you have the option to use biometrics, with a fingerprint reader included on the rear.

One of the newer entrants to the market, the OnePlus 7T offers a lot in a nicely wrapped package. The camera is a 48 megapixel ultra wide triple camera, with 2x optical zoom. The display, meanwhile offers 90Hz refresh rate, so it is super smooth, and if you are a games fan, you may be a fan of Fnatic mode.

On the inside, you get 8GB of RAM and 128GB of storage, so everything runs as smoothly as the display,

The OnePlus 7T is a Three exclusive so the network offers the phone for €599 on prepay, or you can buy it directly from OnePlus for the same price.

The iPhone XR isn’t the newest iPhone but with Apple offering the 11 and 11 Pro at the top end of the market, it’s the more affordable one of the bunch. The iPhone XR’s design sticks with the tried and tested Apple design but comes in lots of colours. It’s IP67 rated too. As far as cameras go, there is a single camera here, but you do get things like the portrait mode, a six element lens and a quad truetone flash. You get wireless charging too and plenty of storage.