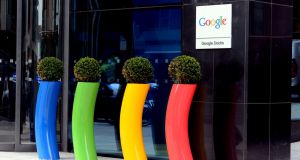 Italy expects to settle a tax dispute with Google’s parent company, Alphabet, this week. Alphabet is accused of avoiding taxes by booking income earned in high-tax European markets through a unit based in Ireland, which charges a lower rate of tax.

According to two sources close to the matter, the company seeks to end hostilities with tax authorities across Europe.

It has already settled with Britain but remains in dispute with Italy, France and Spain.

Italy’s tax authority and Google are close to agreeing that the firm pays a settlement of between €280 million and €300 million, the sources said.

The deal would also include a change to Google’s tax practices to ensure it pays tax on Italian-sourced income, the sources added.

Tax police alleged Google had not paid tax on about €1 billion of Italian revenue between 2009 and 2013.

The US company has said in the past that it complied with tax rules in every country in which it worked.

“Google continues to work co-operatively with the Italian tax authorities,” a Google spokeswoman said on Wednesday, when asked about a possible settlement in the coming days.

Last year, Italian tax police said Google should have paid taxes totalling €227 million between 2009 and 2013, including tax on the €1 billion of undeclared Italian revenue and tax on royalties received.

The sources said the agreement with Rome would also cover the period since 2013 and would give details on how the US giant should book its revenues in Italy for tax purposes.