SpaceX founder says there is a risk to humanity if policy around AI is reactive, not preventative 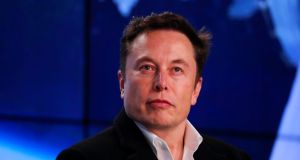 Musk, who stepped down from OpenAI in 2017, appeared to agree with journalist Karen Hao who noted that the research lab had “allowed a fierce competitiveness and mounting pressure for ever more funding to erode its founding ideals of transparency, openness, and collaboration”.

“OpenAI should be more open imo [in my opinion],” he tweeted, adding: “All orgs developing advanced AI should be regulated, including Tesla.”

When Twitter user @flcnhvy asked Musk if this regulation should be applied at an individual governmental level or on a global scale, he replied: “Both.” Musk has previously been vocal about regulating AI, claiming that it runs the risk of endangering humanity if policy around AI is reactive rather than preventative.