The Sims celebrates its 20-year anniversary 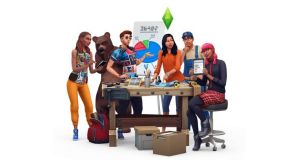 I’m showing my age but 20 years ago I got my hands on a CD-ROM of a new game called The Sims. It was a novel concept: build a house, furnish it, populate it with virtual people and try to keep them alive. Although a large part of the fun was finding creative ways to kill them off.

The Sims remains one of my favourite games and I still play from time to time. I’m not alone: this is the best-selling video game franchise of all time with almost 200 million copies sold worldwide. Four iterations and over 75 add-on packs later, game developer Maxis says players have created over 1.6 billion Sims and created 575 million households resulting in 37 million weddings and 173,000 toddlers (all presumably on the latest version, Sims 4).

One of the reasons it has endured for so long is the commitment Maxis has to the gamer community. New add-ons are created following fan consultation, Sims YouTubers are given exclusive access to early releases, and “modding” (modification) has never been discouraged, leading to fan creations of celebrity “skins”, new pieces of furniture and the like.

Although the Sims experience in 2020 has much nicer graphics, a fancier interface, better AI, and more exciting features than the original, it is still, at its core, quirky and entertaining. Here’s to another 20 years.