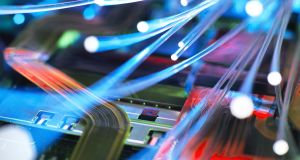 Beijer said on Wednesday that it has agreed to buy the Park West-based Virtual Access for €18 million on a cash, debt-free basis.

“A performance-based consideration will be paid after 2021 if certain criteria are met,” the Swedish group’s statement added.

However, it did not outline targets that Virtual Access needs to hit to earn the bonus.

Virtual Access has offices in Dublin, London, Stockholm in Sweden and Melbourne, Australia.

About 40 people work for the company. Beijer said that it has sales of €12 million a year.

Accounts filed by Virtual Access (Ireland) Ltd, show that it earned a profit of €1.8 million in the 12 months ended March 31st on revenues of €11.9 million. Net assets were €2.2 million. The company owed creditors €2.4 million, including €2.1 million its parent, Virtual Access (Holdings) Ltd.

Those accounts show that at the end of March, managing director Henry Brankin, and fellow directors Patrick Conway, Garry McMullan and Edward Carroll owned more than half the business between them.

Mr Brankin explained yesterday Beijer was drawn to Virtual Access as the company supplies equipment to a growing number of electricity grid operators, which need sophisticated communications to manage power generated from renewables.

He pointed out that Virtual Access complements another business that Beijer bought recently, Westermo. “We have relatively small channels to market but Westermo has a very successful worldwide sales operation that we can really leverage,” Mr Brankin added.