Lithuanian capital Vilinius is top for projects on a per capita basis, the data shows 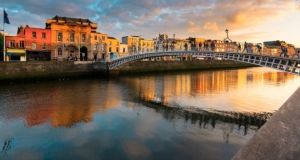 Dublin ranked in seventh place behind the Hague with 0.646 projects per 100,000 inhabitants

The Lithuanian capital Vilinius received the highest number of greenfield FDI projects per capita from start-ups in the software and IT services sector during the two-year period under review, according to new research by FDI Intelligence.

Dublin ranked in seventh place behind the Hague with 0.646 projects per 100,000 inhabitants with Belfast in eighth spot with 0.633 projects. Dubai and Dusseldorf round out the top ten cities for tech start-up FDI projects.

According to FDI Intelligence, which is part of the Financial Times group, Europe is the most attractive region for tech start-up investments. It is home to eight out of the top 10 cities and more than half of the top 30.