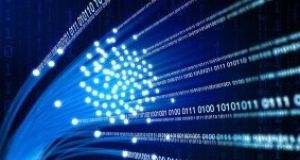 Ireland’s technology sector faces “significant disruption” from Brexit with organisations involved in cutting-edge research and development (R&D) at particular risk due to their historical relationships with similar bodies in the UK.

This is according to a new report compiled by Frontier Economics on behalf of the Ibec-affiliated Technology Ireland, which has more than 200 member companies.

The “Brexit and the Irish technology sector” study notes that a large proportion of EU-funded R&D projects with participants here have UK partners. It warns that a reduction in funding to the UK, and subsequent diversion to other member states could make Ireland a less attractive destination to digital sector firms.

The report also warns that Irish tech firms with close linkages with the UK could be negatively impacted by a possible need for Britain to negotiate access to the general data protection regulations (GDPR), which come into effect next May.

However, the study says that should issues around post-Brexit data flows between the European Union and the UK not be resolved, there is the potential for diversion of investment to Ireland, as digital companies look to ensure ease of access with the EU.

It also stresses there are opportunities should firms seek to relocate activities away from the UK to minimise the effects of non-tariff barriers and regulatory compliance costs.

Technology Ireland, formed earlier this year by the merger of ICT Ireland and the Irish Software Association, has recommended a transition agreement be put in place to deal with a possible hard Brexit.

It also calls for the implementation of an “Innovation 2020” programme to put in place funding to grow the capacity of the indigenous R&D sector and to strengthen co-operation with other EU member states to help shape the European regulatory direction in a way that aids the digital market.

According to Technology Ireland, the digital technology sector in Ireland employs more than 120,000 people and accounts for about 13 per cent of national GDP.