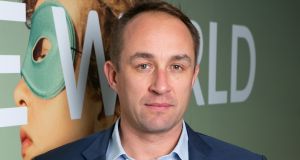 Flender, whose backers include former EY Entrepreneur of the Year award winner Mark Roden and ex-Irish rugby international Jamie Heaslip, is also cutting interest rates by up to 1 per cent across its various loan products as it looks to compete with established lenders.

Flender, which has funded more than €14 million in SME loans in less than three years, was established in October 2014 and went live with its lending platform in early 2017. The company enables businesses to easily obtain loans of between €15,000 and €250,000.

“Before we got this new funding line, we had two main unique selling points over banks and that is speed of execution and a better user experience. But now, as well as having signficant additional funding available we’ve cut our rates so that it is now as cheap, if not cheaper to come to us,” said Flender co-founder and chief executive Kristjan Koik.

“We’re already getting a lot of repeat customers and new ones who are coming to us based on word-of-mouth recommendations and we expect this to continue,” he added.

“In the US, 75 per cent of SME lending is now done by non-banks and in the UK, it is 50 per cent. However in Ireland, the top three banks have between them 92 per cent market share. This is shifing though, which is great for us.

“Businesses by and large here still don’t know there are alternatives to the banks but this is changing and we’re benefiting as that happens,” he added.

Mr Koik said that companies of all sizes and from multiple industries were turning to Flender.

“We’re looking to be long-term partners for growing companies,” he said.

“By and large, the companies using us are ones that are doing well and who want to expand and bring on new product lines. They know that in dealing with banks they could lose a few weeks waiting for a funding decision to be made. The fact that we have a quick turnaround time and that we now have cheaper loans rates puts us in a really good position,” added Mr Koik.