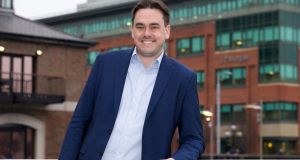 The facility, which CGI is providing at an utilisation cost of 10 per cent a year, is to fund initial margin deposits which Assure Hedge is required to place with its liquidity providers for foreign-exchange forward transactions.

Under the terms of the arrangements, CGI will be entitled to subscribe for up to 1,500 shares in Assure Hedge at a price of €1,017 per share, which represents about 5 per cent of the issued share capital in the company.

Founded by Mr McCarthy in 2016, Assure Hedge is a provider of foreign-exchange technology to protect companies against currency fluctuations. The MiFid-regulated company, which has offices in Dublin, London and Portugal, has developed a platform that makes it easier for businesses to eliminate uncertainty around their forex exposure. Its technology easily integrates with existing product suites used by forex brokers and banks to provide automated digital FX hedging solutions.

Following two successful fundraising rounds over the past year, under which Assure Hedge has raised more than €4 million in equity, it recently launched a new EZFX Broker product. The company last year appointed Richard Hayes, who founded and led IFG Group for 17 years and was also chair of Cork-based fintechs Global Shares, as its chairman.

The company has benefited from Brexit uncertainty in recent years and also of late from volatility arising from the Covid-19 crisis. Mr McCarthy, who spent 15 years working as a financial markets trader prior to establishing Assure Hedge, estimates that half the hedging positions held by British exports turned loss-making when the pandemic hit and are now looking for more flexible ways to protect their exposure in light of it.

“Since the Covid outbreak we’ve secured two very large FX deals, all of which were done over Zoom. I’m very confident that the business is resilient and poised to grow,” he said.

Mr Mee sold his smart-grid software company AMT-Sybex to Capita for an estimated €127 million in 2014, netting a reported €94 million for himself. He previously floated the State’s first big software company, Memory Computers, in 1982.