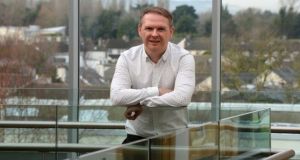 Irish travel tech company CarTrawler has seen a rise in bookings in recent months although it doesn’t expect business to fully recover until next summer at the earliest.

UK private equity group TowerBrook took control of the company in return for a €100 million cash injection in May after it was thrown into emergency debt restructuring talks due to the grounding of airline fleets globally amid the Covid-19 pandemic. Management also co-invested in the rescue refinancing, which saw its previous owners BC Partners and Insight left nursing major losses as they exited.

CarTrawler, which makes software used by airlines and travel partners to connect to car rental, airport transfer and ride-hailing providers, employs more than 460 people and has EasyJet, Emirates, Hotels. com and American Express as partners. The company went into the Covid crisis with €50 million on the balance sheet.

Chief executive Cormac Barry said while bookings had increased with 11 weeks of consecutive growth, they were still down between 60 and 70 per cent versus the same period last year.

“We went through a period of negative revenue where we were taking less booking and processing more cancellations. We are now a bit ahead of the deal plan agreed with TowerBrook recently but it is still a fragile recovery and we’re still a long way from where we were last year,” he said.

Mr Barry did see some grounds for optimism, noting that in a Covid-19 world, more customers would likely prefer to hire cars when travelling than taking public transport. He added that talks with new partners were continuing and that a couple of deals had recently closed. CarTrawler has also just started a trial with Uber in Australia that could be replicated in other markets.

Mr Barry was speaking as CarTrawler announced a 25 per cent rise in full-year revenues to €205.3 million for 2019, although this was in part due to a change of financial year for the company. On a like-for-like basis, earnings before interest, taxes, depreciation, and amortisation (Ebitda) was up 7 per cent. Pretax profits totalled €4.9 million.

The company had been forecasting 20 per cent ebitda growth for 2020 prior to the pandemic.

Chief financial officer David Cotter described 2019 as a “transitional year: for CarTrawler with the implementation of a new strategy, operating model and an increase in partners”.

Last year headcount at the company fell to 462 from 512 as part of a restructuring. Mr Barry said no redundancies had resulted from the Covid crisis and he hoped this would remain the case.

1 Facebook may pull social media platforms from Europe
2 Between Covid and Brexit, the economic fallout next year will be profound
3 Aldi empire wracked by family feud
4 Eason faces a defining chapter in its long history
5 EY Entrepreneur of the Year awards: meet four industry finalists
Real news has value SUBSCRIBE