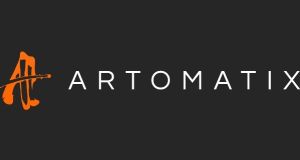 Artomatix, an Irish software company that has developed artificial intelligence (AI) technology, which can automate the creation of 3D content, has been acquired in a deal believed to be worth up to $60 million (€54 million).

The buyer’s name has not been disclosed but industry sources described it as a well-known Silicon Valley-based company that does not currently have a base in the Republic.

The transaction, which closed late last week, is valued at between $50 million and $60 million, leading to a significant return for Artomatix’s backers, which include Sure Valley Ventures and Enterprise Ireland.

Sure Ventures, a London-listed investment firm founded by Irish entrepreneur Barry Downes which backs early-stage tech companies through its Sure Valley Ventures fund, said it expected to make about €1.6 million from the sale. This represents a fivefold return on its initial investment in Artomatix 14 months ago.

Pires Investments, another London-listed entity which invested £1.1 million (€1.3 million) in Sure Valley Ventures late last month in return for a 13 per cent stake, said it will make €803,000 profit from the sale of Artomatix.

Sure led a €2.7 million investment in Artomaix in October 2018. The start-up was founded by Dr Eric Risser and Neal O’Gorman in 2014. It has developed AI software technology that significantly cuts the cost of content creation for animated movies, video games and AR/VR applications through automation.

The technology gives 3D artists the ability to speed up their workflow, thanks to algorithms that can generate thousands of images based on the initial design and parameters that an artist provides.

Chaired by Steve Collins, who previously co-founded Havok and Swrve, the company launched its first product in March 2018, resulting in 70 trial customers and an initial sales pipeline of over $16 million. Clients include Electronic Arts and Activision.

Sure Valley Ventures, which backs early-stage technology companies across AR/VR, fintech, AI and the internet of things (IoT) , has backed a number of promising Irish start-ups in recent years, including War Ducks , Wia, VR Education and Nova Leah.

It was established by Mr Downes in 2017 after he sold Feedhenry, the Waterford-headquartered mobile software developer he founded to US multinational company Redhat for more than €60 million, in 2014.