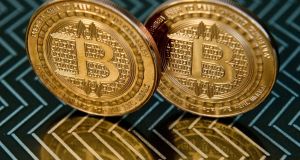 Gerald Cotten died abruptly as the only one with permissions to access funds of more than $190 million. Photograph: Getty Images

Lawyers for customers of an insolvent cryptocurrency exchange have asked police to exhume the body of the company’s founder, amid efforts to recover about $190 million (€170.5 million) in Bitcoin which were locked in an online black hole after his death.

Miller Thomson LLP sent a letter to the Royal Canadian Mounted Police on Friday, requesting authorities “conduct an exhumation and postmortem autopsy” on the body of Gerald Cotten, founder of QuadrigaCX, citing what the firm called the “questionable circumstances” around his death earlier this year.

Citing “decomposition concerns”, lawyers requested the exhumation be completed no later than spring 2020.

Gerald Cotten (30) died abruptly in December 2018 of complications relating to Crohn’s disease while on honeymoon in Jaipur, India, with his wife, Jennifer Robertson. His body was repatriated to Canada and a funeral was held in Halifax, Nova Scotia.

Soon after his death, however, reports surfaced that nearly 80,000 users of QuadrigaCX - at the time Canada’s largest cryptocurrency exchange - were unable to access funds totalling more $190 million.

Cotten was the only one with access to necessary permissions. While Robertson has possession of the laptop containing the necessary passwords, she remains locked out.

“The laptop computer from which Gerry carried out the companies’ business is encrypted and I do not know the password or recovery key. Despite repeated and diligent searches, I have not been able to find them written down anywhere,” she said in court filings.

Uncertainty about the missing funds has fuelled speculation that Cotten may still be alive. In their letter to the RCMP the law firm underlined the “need for certainty around the question of whether Mr Cotten is in fact deceased”.

They also found a substantial amount of money was used to fund a lavish lifestyle for the couple, including the use of private jets and luxury vehicles. Ernst & Young was able to recover $24 million in cash and $9 million in assets held by Robertson.

Both Canada’s tax authorities and the FBI are also investigating the company.