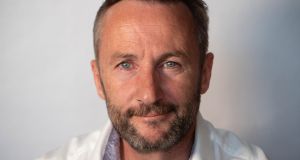 Manna founder Bobby Healy. The firm will offer a delivery service via drones to restaurants and takeaways, and is planning to begin service in March 2020 at one Dublin location

Drone delivery company Manna has raised $3 million (€2.7 million) in a seed round that is expected to support the company’s commercial growth.

The new funding brings its total to date to $5.2 million (€4.6 million) in seed funding. The funding round was led by Dynamo VC, a logistics-focused fund.

Founded by serial entrepreneur Bobby Healy, Manna will offer a delivery service via drones to restaurants and takeaways, and is planning to begin service in March 2020 at one Dublin location, as yet undisclosed. The company previously expected to begin in 2019.

The platform could allow online meal ordering platforms, restaurant chains and dark kitchens to deliver meals to customers in local communities within three minutes of being cooked, for a lower cost.

The fleet of drones will deliver food directly from the restaurant to the customer, transporting it inside the cargo area of the drone until it reaches its destination. The drone will hover about 10m above the ground and the delivery will be lowered to the recipient on a biodegradable linen string, with the process taking a matter of seconds.

The drones have a range of about 40sq km from the restaurant base.

If successful, the service will remove delivery vehicles from the roads, cut down on packaging and potentially offer a more efficient way to deliver not only food but other goods.

Mr Healy said Manna planned to test the service initially in one location, before expanding to up to three by the end of 2020. However, he acknowledged that getting the service accepted successfully would take time and a careful approach, particularly when it comes to consumer privacy.

“It’s more about showing the world what it looks like,” Mr Healy said. “Not everyone will think this is the best thing since sliced bread. We have to involve the community and local Government.

“There is no future in a company like ours if we just bully everyone and roll ahead.”

While he acknowledged the privacy concerns surrounding the use of drones, Mr Healy noted that the Manna fleet did not have recording equipment on board.

“The entire narrative has been poisoned by negative stories around Gatwick Airport etc,” he said. “We are purely a logistics provider. There is no camera pointing at you and there is no recording of data. It’s less personal than a delivery truck as there are no humans involved.”

The company has been working closely with the Irish Aviation Authority for the past three years with a view to launching the commercial service, Mr Healy said. Manna does not anticipate problems with gaining the appropriate permissions to run the delivery service.

He estimated the Irish market would require up to 4,000 drones, with one drone doing five deliveries per hour. The UK market, meanwhile, would require about 44,000.

The Irish start-up has also teamed up with Flipdish, the company that operates an online delivery platform used by restaurants and takeaways.

However, there could be other applications for the platform, with over-the-counter drugs or local retailers potentially using the system to deliver goods faster than current services such as Amazon Prime.

Manna is currently eyeing its next fundraise, with a Series A expected by the second quarter of 2020.