Service secured €25m funding a year ago, the highest ever Series A for an Irish software firm 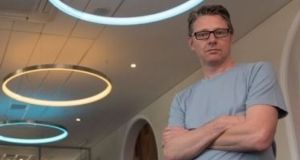 Irish payments service company Plynk is to appoint a liquidator, bringing to an end the company’s troubled business.

In a notice published in Saturday’s Irish Daily Mail, the company said it would be holding a meeting of its creditors on June 27th, where it would ask them to appoint Jim Stafford of Friel Stafford as liquidator of the company. The meeting is set to take place in the Harcourt Hotel, Dublin.

Plynk’s chief executive Charles Dowd could not be reached for comment.

The meeting comes just over a year after the start-up announced it had secured €25 million in funding in a Series A round led by a private investor called Suisse Privee. At the time it was lauded as the highest ever Series A for an Irish software firm.

However, it subsequently emerged that the funding was being provided in tranches, and Plynk failed to hit some of the metrics upon it was dependent upon – increasing customer numbers. It claimed to have 6,000 customers at the time of the funding round.

But due to “technical difficulties”, Plynk had been unable to take on new customers since December 2017. Existing customers could not view the funds balance on their accounts, although they could continue to use the cash, which was held by Prepaid Financial Services on behalf of Plynk.

Plynk was founded in 2015 by Mr Dowd, formerly of Facebook, and Clive Foley, who previously worked with Wonga and Ezetop. The app was designed to allow smartphone users to chat one on one or in groups, and to send or receive money instantly and without charge from within the chats, with the account linked to users’ Facebook accounts.

The company confirmed in March it had been forced to let some staff go, while others had not been paid for months. The app was removed from the iOS and Android app stores a few weeks ago.

However, Mr Dowd remained confident he could pull together the funding required to save the company, with its investors “committed” and interim funding on the way.

The company was also looking at a pivot that would keep Plynk in the money market but with a simpler offering.