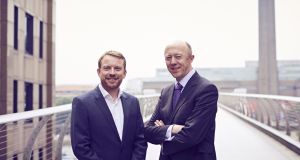 No financial details of the deal were disclosed, although industry sources estimated it would add about €6 million to Version 1’s turnover.

Cedar Consulting was established almost 20 years ago. It is a specialist provider of Oracle HCM Cloud, ERP Cloud and PeopleSoft services.

Version 1’s total employee numbers following the latest acquisition now stands at over 1,100, with forecasted full-year revenues for 2018 of €120 million.

The company, which announced plans to create over 350 jobs in the Republic of Ireland last year, entered the UK market in 2013 and now employs over 400 employees there across a number of offices.

The latest acquisition adds a further 80 people to the company’s growing workforce there and expands its UK customer base to over 250 companies.

“This acquisition not only expands Version 1’s rapidly growing footprint in the UK, but also brings a team with market-leading expertise and specialist skills in HR transformation,” said Version 1 chief executive Tom O’Connor.

The acquisition of Cedar Consulting is the sixth in a programme of UK acquisitions, the most recent of which saw Version 1 acquire JD Edwards specialist Beoley Mill Software. Other buys include the Rocela Group, Patech and BMS Software.

In mid-2017 the company confirmed a €90 million investment from London-based Volpi Capital as it looks to double in size again over the next five years.

Founded in 1996 by Justin Keatinge and John Mullen, Version 1 implements IT systems for large corporates and government departments and also provides ongoing consultancy services. It specialises in Oracle and Microsoft systems.

Mr O’Connor said the company has a pipeline of UK acquisitions planned for 2018 and beyond as part of its strategy to drive growth and expand there despite Brexit.

“The current business marketplace is challenging. When Brexit is factored into the mix, the landscape becomes uncertain and complex. However, it can be overcome and it will not stop us delivering for our UK customers,” he said.