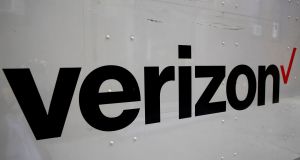 Oath is the media division of Verizon that includes AOL and the remnants of Yahoo. Photograph: Brendan McDermid/Reuters

Oath, the media division of Verizon that includes AOL and the remnants of Yahoo, has declared Irish assets of almost €700 million.

Documents filed in recent days by Oath (Emea) declare that it has domiciled assets in the Republic with a value of almost €660 million. A similar declaration was filed by Oath Technologies (Ireland), which was previously AOL’s Irish unit. It declared Irish assets of $32 million (€27 million).

While sizeable, the declarations underline the State’s fading from its previous role as a linchpin in Yahoo’s global tax planning arrangements.

Yahoo has undergone a major restructuring in recent months following its $4.5 billion takeover by Verizon. The corporate overhaul last year resulted in large amounts of its assets being shifted from the Republic, principally to the Netherlands. Prior to this, Yahoo’s Irish asset base was at least €2 billion.

In the days before the Verizon deal closed last summer, Yahoo restructured several of its Irish entities. About €229 million was sent to a group company in Mauritius to pay for it to acquire Yahoo’s search marketing rights in Asia.

The restructuring of another Irish entity freed up €815 million, which was sent tax-free from the Dublin company to Yahoo in the Netherlands.

The ongoing corporate restructuring of Yahoo in Europe and the US means that from next month, the Yahoo Messenger service is to be be shut down. It has proposed Yahoo Squirrel, which is still in testing mode, as an alternative. Oath also shut down AOL Instant Messenger last year.

Meanwhile, the State’s Data Protection Commission this month ruled against Yahoo over a 2014 data breach that affected the details of 500 million accounts worldwide. The DPC chose not to issue a fine. However, the Irish regulator has instructed Oath to ensure that all of Yahoo’s data processing procedures are updated to ensure compliance with European Union regulations.

Oath had not yet responded to a request for comment prior to publication.