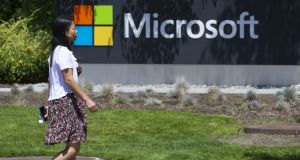 Microsoft’s HQ in the US. Microsoft handed over some related email metadata stored in the US, but refused to surrender the Dublin emails.

The Government has authorised the submission of a brief to the US Supreme Court in a major case involving attempts by US law enforcement to gain access to emails stored on a Microsoft server in Dublin in a drug trafficking investigation.

The case arose in 2013, after a New York state judge served Microsoft with a warrant demanding it hand over emails sent through its email service.

The company argues that the data could be lawfully requested in co-operation with the Irish Government, using international mutual legal assistance treaties (MLATs).

In October, the US Supreme Court agreed to hear the US administration’s appeal against the decision of the lower court.

While it is not yet clear if the Government will file the so-called amicus (friend of the court) brief, a government spokesman said consideration was still being given to the content of the document.

“In that context, technical legal advice had been received and is being considered,” he said.

The Irish Government filed a brief in support of Microsoft in the earlier case before the US Second Circuit Court. Other major tech companies including Apple and Mozilla also lent their support to Microsoft.

The European Commission confirmed on Thursday that it will submit an amicus brief, but said it will not be in support of either party.

A Department of Justice spokesman confirmed the Government had, at its meeting of December 5th, authorised the filing of an amicus brief to the US Supreme Court in the case.

“The Government is acutely sensitive to the concerns of the industry sector concerned. Ireland prides itself on providing a business environment and workforce which allow multinational companies to flourish,” he said in a statement.

“The issue, however, is a complex one. The data which is the subject of this case was sought from Microsoft by the US law enforcement authorities in relation to a criminal investigation in a narcotics case.

“Access to such data is increasingly becoming an indispensable part of the criminal investigation process, particularly in light of the increasingly transnational nature of organised criminal gangs. Indeed it has played a crucial part in the solving of a number of cases in this jurisdiction, including murder.”

“It is of course essential that the means by which law enforcement agencies may access such data be at all times lawful and proportionate, and fundamentally respectful of the privacy of the individual.”

The spokesman said consideration was “still being given to the content of this document and, in that context, technical legal advice has been received and is being considered”.

The eventual formulation of the brief will be subject to the final approval of the Minister for Justice, the Tánaiste, and the Minister for Foreign Affairs, with the advice of the Attorney General, the spokesman said.

The American Chamber of Commerce Ireland, which has over 400 members, wrote to Taoiseach Leo Varadkar and Minister for Justice Charlie Flanagan in October warning that uncertainty about how foreign law enforcement could access data was causing some large organisations and governments to insist that data was stored in their own country. This undermined the benefits of the digital single market for cloud businesses in the EU, it said.

The chamber encouraged the government to take a “leading role” in current EU efforts to establish a consistent legal framework on access to digital evidence across borders.

In a response last month, Mr Flanagan’s private secretary said access to data sought by the US authorities in the Microsoft warrant case generally was “vital in the context of combating serious crime”.

“While it is essential that the privacy of ordinary law-abiding citizens be protected, the same cannot apply to individuals who use modern technologies to aid their illegal activities. These individuals are a danger to society and pose a threat to the safety of our citizens,” the response said.

A spokesman for Microsoft said Irish privacy protections and fundamental rights were at the centre of this case.

“The US Supreme Court will therefore pay special attention to the Irish Government’s position,” he added.