End of an era as android overtakes Windows in popularity stakes 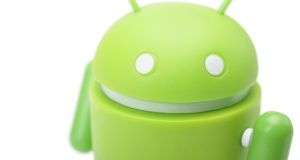 It’s the end of an era: Android has overtaken Windows as the world’s most popular operating system, marginally edging out Microsoft’s software.

Well, sort of. The margin is small and mainly down to the dominance of Android in Asia, according to the latest figures from web analytics company StatCounter. However, it does indicate a shift in the market that could mean difficulties for Microsoft.

StatCounter said Android internet usage showed a 37.93 per cent share across desktop, laptop, tablet and mobile, just ahead of Windows at 37.94 per cent.

However, in Ireland, Windows remains top of the operating systems, although its share has fallen from 44 per cent a year ago to 36.3 per cent in march 2017. Android has climbed to 28 per cent from 22.5 per cent over the same period, while Apple’s iOS comes in third with 26 per cent, up from 22 per cent a year ago.

The growth of smartphones and the decline of the PC are two factors credited with the change, but the impact of the Asian market is also a major factor. Android has a 52.2 per cent share of the market there, compared with Windows on 29.2 per cent. That compares with North America and Europe, where Windows remains the top operating system by a sizable margin.

“This is a milestone in technology history and the end of an era,” said Aodhan Cullen, chief executive of StatCounter. “It marks the end of Microsoft’s leadership worldwide of the OS market which it has held since the 1980s. It also represents a major breakthrough for Android which held just 2.4 per cent of global internet usage share only five years ago.”

In the desktop PC and laptop market, Windows still dominates, with an 84 per cent share.

“Windows won the desktop war but the battlefield moved on,” said Cullen. “It will be difficult for Microsoft to make inroads in mobile but the next paradigm shift might give it the opportunity to regain dominance.”

StatCounter bases its data on more than 15 billion page views per month to more than 2.5 million websites.

1 Wild Geese: ‘You can’t let fear control your life or your decisions’

5 Why you should never charge your phone overnight