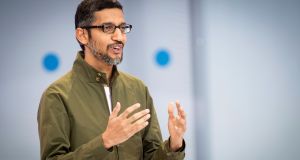 Google is overhauling Google News to incorporate a wider array of sources, including magazine articles and videos, as the tech giant rolls out subscription support in its bid to improve relations with publishers.

The new app pulls together news and video from across the web to create a list of top stories as well as feeds of articles about readers’ areas of interest and local communities. Readers can also tap a story to read full coverage from a range of publications as well as related tweets and videos, and a timeline of developments.

It will replace Newsstand, the company’s magazine app, and its News and Weather apps on mobile and desktop, and will stand as a more direct competitor to Apple’s native news app than those products.

“News is core to our mission” said Sundar Pichai, chief executive, at the company’s annual developer conference in Silicon Valley. This marks the first year that Google News has been featured at the event.

“We want to give users quality sources that they trust, but we want to build a product that works for publishers. Above all, we want to make sure we’re giving them deeper insight and a fuller perspective about any topic they’re interested in,” he said.

The revamp of the news app follows Google’s pledge in March to spend $300 million supporting journalism, including by enabling subscription payments and fighting fake news.

The company, along with Facebook, has been trying to demonstrate their support of publishers as they face criticism for their emergence as gatekeepers for information, their dominance of the digital advertising market and their role in the proliferation of false and misleading stories online in the wake of the 2016 US presidential election and UK Brexit vote. – Copyright The Financial Times Limited 2018