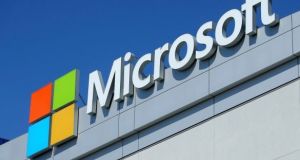 One of Microsoft’s Irish-based subsidiaries reported a $239.2 million pretax loss last year on the back of a $136.5 million write-off from a major international patent-buying fund.

Newly filed accounts show Microsoft Round Island Three Limited, whose registered office is at 70 Sir John Rogerson’s Quay, held a 73 per cent stake in the Invention Investment Fund III. This is a Cayman Island exempted limited partnership, which is in the process of being wound down.

Other investors in the fund, which purchases existing inventions and licences them, included Sony.

Intellectual Ventures (IV), a private partnership that established the fund, is credited with kickstarting the secondary market in patents. The company was co-founded by former Microsoft chief technology officer Nathan Paul Myhrvold and ex-chief architect Edward Jung, in 2000. It has raised more than $7.3 billion in investor capital since it was established with cumulative licensing revenues exceeding $4.3 billion.

In addition to the $136.5 million write-off last year, Microsoft Round Island Three Limited, whose principal activity is investment trading, racked up $103.5 million in reorganisation costs in the year to the end of June 2017.

In addition to its stake in the patent-buying fund, Microsoft Round Island Three Limited also has a 1.57 per cent stake in Team8 Partners Limited, which it acquired in 2016 for $2 million.

Team 8 is an Israeli-based creator of cybersecurity start-ups that also counts Cisco, AT&T, Accenture and Nokia among its investors.

Microsoft Round Three was owed $42.4 million by other group undertakings last year, the latest accounts show.

1 Explainer: what is the row about SF’s multinational tax plan?
2 Personal insolvency practitioner to pay €6,000 after providing misleading details
3 Britain after Brexit will not be alone, but it will be lonelier
4 Getting out from under ‘never-ending’ Celtic Tiger debt burden
5 Pensions: Estonia plans to unleash a potential €4.85bn on economy
Real news has value SUBSCRIBE