Google gets go-ahead from Central Bank for payments 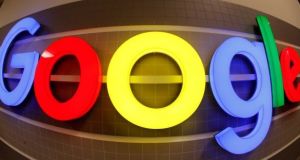 Google received authorisation from the Central Bank on Christmas Eve.

Google has been authorised as a payment institution in the Republic, paving the way for the technology giant to begin providing new financial services to consumers and businesses both here and further afield.

The Central Bank granted authorisation to Google Payment Ireland under the second Payment Services Directive (PSD2) regulation on Christmas Eve. Having obtained authorisation, the company will be allowed to issue and acquire payments across the European Union under passporting rights.

The move comes two years after Facebook obtained an e-money licence from the Central Bank. It also follows on from the granting of a full e-money licence to Google from the Bank of Lithuania late last month which allows it to issue and redeem electronic money, as well as provide payment services.

Currently, Google only offers limited financial services through its Google Pay digital wallet, which is available for use in Ireland. Obtaining the different licences, however, could enable the company to significantly expand on this.

“We are constantly working to support our customers in Europe. We have applied for a payment licence in Ireland as part of these efforts, in addition to ongoing discussions relating to projects all around Europe,” said a spokeswoman for Google Ireland.

PSD2 is a set of rules aimed at breaking up banks’ monopoly of the payments system in Europe by allowing third parties to offer new, regulated payment products and services. The legislation permits regulated companies to, among other things, initiate online credit transfers on behalf of a user and pass those instructions to a bank. It also enables them to provide additional services such as a detailed analysis of an individual’s spending behaviour to help with budgeting and financial planning.

Florence Diss, Google’s head of commerce partnerships for Google in Europe, last year told The Irish Times, the tech company was more focused on working with, rather than competing against, banks to explore opportunities from PSD2.

Many of the largest technology companies in the world have been expanding into financial services in recent years, with Amazon also widely believed to be keen on taking on the banks. They face competition, however, not just from traditional banking institutions but also from a range of fintechs including N26, Monzo, Starling, Transferwise and Revolut, which recently obtained a full banking licence from the Bank of Lithuania.

Google, which marked 15 years of operations in the Republic last year, employs more than 3,400 people locally and claims to support over 8,000 jobs overall.

The company, which already owned a substantial piece of real estate in the Dublin Docklands, increased its footprint again recently with the acquisition of two new offices near its Barrow Street headquarters that comprise of 80,000sq ft of space.

Google Ireland paid a €1.6 billion dividend to its parent last year as it announced a €5.9 billion rise in turnover to €32.2 billion on the back of a sharp rise in advertising revenue.

1 In this strangest of recessions, what happens next for Ireland?
2 Michael O’Leary is the boss you want to lead an airline out of crisis
3 Overhaul of lease arbitration regime would be a game changer for retailers
4 Should I switch bank now with Ulster Bank at risk of closing?
5 Bank of Ireland sees about 2,000 staff apply for voluntary redundancy
Real news has value SUBSCRIBE