What exactly is going on at Apple? 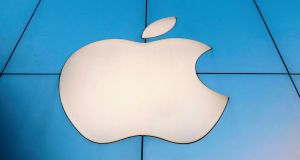 Although Apple has sold millions of iPhones in China, there have been slumps.

Apple this week said sales in the latest quarter would fall as much as 10 per cent below a forecast it issued only two months ago. In the final three months of 2018 – the holiday quarter and therefore one of Apple’s most important of its fiscal year - revenue is expected to be around $84 billion (€74 billion), down from between $89-93 billion predicted in November.

While that may still look healthy, it is Apple’s first revenue warning in nearly 12 years. Cue a lot of uneasy investors.

What is causing sales to fall?

It is chiefly being blamed on slumping sales in China, long considered one of Apple’s most important markets. The iPhone officially began selling in China in 2009, but it wasn’t until 2013 that the company struck a deal with one of the country’s largest carriers, China Mobile. Finally getting the deal done opened up new opportunities for the tech company.

But it didn’t equal instant success. Although Apple has sold millions of iPhones in China, there have been slumps. In 2017, Apple recorded its first unit sales rise after an 18-month dip. These days, it’s not all about the number of iPhones sold, as the cost of the devices has risen. Apple said last year it would stop revealing the number of iPhones it has sold each quarter, concentrating on revenue instead. Either way, a decline in the market isn’t good news.

The water has been muddied though by an acrimonious trade war between the US and China, which was widely expected to hit some US companies. and the recent arrest in Canada and potential extradition to the US of Huawei’s chief financial officer.

Add into that a slowing economy and you end up with a difficult trading environment.

It’s not just China though. Upgrades aren’t what Apple thought they would be in developed markets, according to Cook. There are a number of reasons why Apple isn’t selling as many iPhones as before. In some cases, it’s a victim of its own success; in others, it’s down to competition.

What exactly do you mean?

Take a look around the room. How many people currently have iPhones? And how many of them are relatively new devices? Apple has a regular upgrade cycle these days. Every September, the new phone is announced, and a few weeks later it goes on sale. But there are only so many new customers in the western markets for iPhones, and after that you are relying on people upgrading.

The problem? People are holding on to their phones for longer. Sure, they’re not the latest technology, but they stand up well enough against the new phones to make it hard to justify the cost of a brand new handset, especially when you consider the newer iPhones have broken through new barriers for cost, with the Xs starting at just under €1,200. A new battery, on the other hand, costs significantly less and gives your phone a few more months.

However, most people buy their phones on deals with their networks that spread the cost over the duration of their contract. That means less upfront but a two-year commitment.

There are people who are willing to spend on the new iPhone though, as long as the features are worth the money.

That brings us to probably one of the most important considerations: is it worth the money? Upgrades either cost consumers a lot or lock them into a lengthy contract. Once they are out of that contract, they may not feel the need to start the cycle all over again immediately by upgrading to the newest iPhone. And if they are looking to upgrade, they want to make sure it’s worth their while.

Part of the issue here is that there is only so much you can do to improve smartphones. Companies are increasingly focusing on software features such as artificial intelligence to appeal to consumers, building it into the camera and creating ever more powerful digital assistants to help run our lives. So it is software rather than hardware that is becoming the main focus.

Up until the iPhone 7, there was a tick-tock cycle too; one year would be a major upgrade, such as the iPhone 6, the following year it would be incremental, as with the 6s. That was interrupted with the iPhone 7. It wasn’t as much of a jump from the 6s as expected, because the anniversary of the smartphone was looming and with it came the iPhone X. We’ve returned to that cycle with the Xs, which means the people who jumped at the X are probably unlikely to opt for another new handset so soon.

There was once a time when Apple was the top choice for smartphones, and people were willing to shoulder the cost to get the very best. But it is facing increasingly fierce competition, with Samsung and Huawei fielding impressive rival handsets.

Crucially, there are a number of Chinese phone makers that are offering more high end features on phones for a cheaper price. Huawei is one; Oppo and Xiaomi are two others. So when consumers, particularly in China, are coming to upgrade their phone but may find themselves in a tighter spot financially, those less expensive handsets may prove more alluring than before.

What does all this mean for smartphones?

For consumers, you could argue that things have never been better. You can spend a good chunk of a mortgage payment on a premium Android phone or an iPhone, or you can opt for something a little cheaper but almost as good. Or you can make a few tweaks to your old phone and hang on to it for just a little longer.

From the company point of view, it’s a tough time. Apple isn’t just dependent on the iPhone for revenue. While it has been a major factor in the company’s success in recent years, there has also been a shift towards services as Apple adds everything from streaming music services to contactless payments.

It’s still enough of the company’s revenue though to cause some unrest among investors. So you can expect to see, as outlined by Cook in his letter to investors, incentives to encourage consumers to switch to newer phones.

What about further down the track?

Who knows? In recent times, there have been rumours about everything from TVs and cars to augmented reality products – but nothing official from Apple. Who knows what 2019 will bring, but Apple may yet have some surprises for us.