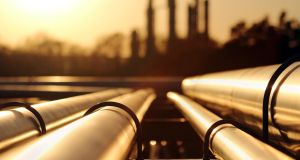 Aminex signed a farm out agreement related to its flagship Tanzania project in July. Photograph: iStock

Shareholders in Dublin-listed oil and gas exploration company Aminex approved the divestment of a 50 per cent stake in a gas asset in southern Tanzania.

At an extraordinary general meeting (EGM) held on Friday, the farm out of the interest in the Ruvuma field to Omani industrial conglomerate The Zubair Corporation was approved.

Some 99.74 per cent of shareholders agreed to sell the 50 per cent stake, which brings Aminex’s interest in the prospect to 25 per cent.

The explorer, which is listed on both the Irish and London stock exchanges, signed a farm out agreement related to its flagship Ntorya project in Tanzania which will see it receive a cash payment of $5 million (€4.25 million) in two tranches.

The agreement with Zubair means they will operate the asset through a new company, ARA Petroleum Tanzania.

In July, Aminex said it expects the farm out to elevate the asset to a minimum gross production rate of 40 million cubic feet per day.

1 Basic income for all: Has the Covid crisis given us a new economic model?
2 Promontoria barred from pursuing doctor over Ulster Bank loan
3 Only way is up for Stripe as valuation skyrockets
4 ‘I don’t need to do any of this. . .I don’t actually need to work.’
5 Unilever’s Dutch and British arms merge after 90 years ahead of Brexit
Real news has value SUBSCRIBE