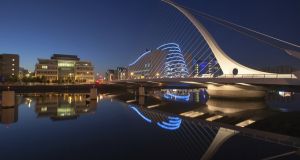 Three-quarters of those working in the Irish digital space would consider moving outside of Dublin due to the housing crisis, according to a new survey.

People working in the digital sector are increasingly open to relocating away from Dublin due to the housing crisis and long commutes, according to a new survey.

The research shows clear dissatisfaction among job seekers in the space over the cost and lack of availability of accommodation in the capital.

It reveals that three-quarters of those working in the Irish digital sector would consider moving outside Dublin due to the housing crisis. In addition, 82 per cent of respondents said an easier commute would also help persuade them to relocate.

The study comes as IDA Ireland has stepped up efforts in recent years to convince international investors to consider locations outside of the capital, albeit with limited success. IDA previously set a target of a minimum increase in investment of between 30 per cent to 40 per cent in each region outside Dublin between 2015 and 2019.

According to Gary Mullan, managing director of Prosperity Recruitment, which undertook the study, there is a growing appetite from digital and tech companies to locate to areas outside Dublin and a parallel willingness from jobseekers to work in regional locations.

1 Coronavirus: Property rental in the jaws of the epidemic
2 French luxury groups U-turn on state support for jobs
3 I want to change my will quickly in case I fall ill. Do I need a lawyer?
4 Staff in Dublin and Cork airports receive profit share and bonuses for last year
5 Business activity in Dublin grinds to a seven-year low due to Covid-19 impact
Real news has value SUBSCRIBE