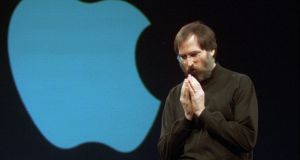 Businesses in Galway have expressed “concern” that Apple’s proposed €850 million data centre in Athenry may not go ahead, costing the region hundreds of jobs.

Apple announced plans in February 2015 to build the centre in Galway on the same day it unveiled plans for another facility in Denmark. The Danish data centre is expected to go live later this year but work on the project in Athenry has yet to get under way.

In addition, Apple announced plans to build a second data centre in Denmark on Monday. It will spend 6 billion Danish krone (€808 million) on the facility, which will run entirely on renewable energy.

An Bord Pleanála granted planning permission for the development of the Galway centre last year. However, the project is currently the subject of a judicial review on environmental grounds following appeals by local residents and a landowner. The High Court is due to report on the matter at the end of the month.

Galway Chamber president Maurice O’Gorman said he was “concerned for the future of the data centre” in light of the “advanced situation” in Denmark.

“The project in Athenry has been beset with delays throughout the planning process,” he said. “This concern includes the loss of construction jobs, full-time jobs, support jobs, ancillary industries and the potential for future data centres opting to locate here.”

He said the chamber made a detailed submission to An Bord Pleanála in favour of the project. “We believed that the site as selected by Apple is suitable and that the construction of the data centre is of benefit to the locality and the region. We also made a presentation at the oral hearing in Galway in favour of the plans.

“Just a year ago we welcomed the decision by An Bord Pleanála to grant planning permission. At the time we said that this would be a great boost to the local economy, resulting in 300 jobs over multiple phases of construction and ongoing employment in the operation of the centre with 150 technical staff to be employed on an ongoing basis.

“Galway Chamber believes that the decision by Apple to choose Galway and Athenry for this facility is a clear indication to others that this is a good place to do business, strengthening our ICT cluster and boding very well for the future.”