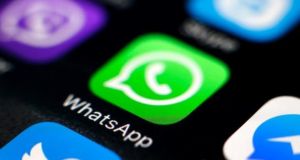 It is believed WhatsApp will take on as few as six people initially in Ireland to help its Menlo Park-based customer support team respond to user queries.

WhatsApp has set up a company in Ireland and plans to establish a small team within Facebook’s Dublin offices to support its customer support team.

It is believed that WhatsApp will take on as few as six people initially in Ireland to help its Menlo Park-based customer support team respond to queries from users around the world.

WhatsApp, which currently employs about 200 employees in the United States, supports more than 50 languages across a variety of mobile platforms.

While WhatsApp is establishing its base here with just a handful of people, the company has not ruled out increasing its presence in Dublin over time.

Dublin is considered a natural place to expand the WhatsApp team given the quality of talent, the availability of people who speak multiple languages, and the fact its parent company, Facebook, has been located in the capital since 2009 and currently employs more than 1,800 people here.

A spokesperson for WhatsApp confirmed the new company registration.

“WhatsApp intends to build a small support team in Dublin to better serve our growing community of users around the world,” the spokeswoman said.

“We’ve recently introduced a variety of new features, with more on the way, and expanding our support team to Dublin allows us to better assist the people who use WhatsApp to stay in touch with those they care about,” she added.

More than a billion people in more than 180 countries use WhatsApp to keep in touch with friends and family.

The messaging app, which was established in 2009 by Brian Acton and Jan Koum, was acquired by Facebook for $19 billion in February 2014.

The parent company was recently fined €110 million by the European Union for providing misleading information about its 2014 takeover of WhatsApp.