First look: Huawei’s P40 Pro – are you ready for a Google-free life?

Huawei’s new flagship phone comes with its own app gallery and a serious camera - but is it enough? 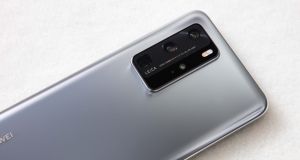 What kind of Android phone doesn’t have access to Google services? If you are looking at the latest Huawei handset, that’s the question you may be asking yourself.

It is true: Huawei’s P40 Pro doesn’t have the usual things you would expect to see on an Android handset. It may have an excellent camera – and it does – but there is no preinstalled Google Chrome or Google Drive; Maps is absent, as is YouTube. There isn’t even the Google Play store where you can track down the apps yourself.

That’s down to an ongoing dispute between the US and China, and Huawei has been tagged as potential threat to national security. That means no Google for Huawei, at least on any of its new phones.

So how does the company solve that problem? By creating its own mobile services. That means Huawei Mobile Services instead of Google Mobile Services, Huawei’s music and video services instead of Play music and movies. Huawei also announced the launch of its video and music services in more European countries, with the latter now available in Ireland for €10 per month after the three-month trial expires. Pricing for the phones themselves has yet to be announced.

Huawei has its own app gallery, and it is encouraging app developers to get on board. There are a few in there – Snapchat, TikTok, Telegram, the RTÉ player, Ryanair and Amazon to name a couple – with Huawei identifying the top 100 apps that it wants to have in the store.

There are notable omissions. WhatsApp and Facebook aren’t there, but searching for them brings up a link to install an official copy online. There are notable exceptions though. Twitter’s mobile app isn’t available. Some of the games you play regularly are also absent.

There are ways around that if you know where to look. You can install Google Mobile Services yourself, although it will be from an unofficial source, and gain access to

There are two problems here. The first is that not everything is available, either in the Huawei Gallery or directly from the companies themselves online. The second is that people may be wary of installing apps from outside the walled garden of an app store, because of security issues (and no, an app being in an official app store doesn’t mean it is safe either).

And even if you can get Google services installed, there is no guarantee they will work well, if at all. Until the Huawei App Gallery has all the top apps people want, it will be a bit frustrating for users.

We’ve been here before. When Android was lagging behind Apple in the app stakes, there was a lot of speculation about whether Android could ever gain ground on iOS, because the latter had such a headstart on decent quality apps. We know how that one turned out, but that doesn’t mean this will play out the same for Huawei.

Google issue aside, the P40 Pro is another great Android handset from Huawei. The camera is excellent, with a powerful zoom – 5x optical zoom, 10x hybrid zoom and 50x maximum digital zoom. It has an RYYB colour filter array too, which will let more light in, and improve the qulity of photos. It’s almost impossible to take a bad photo with this camera. Thevideo camera is also excellent. The P40 Pro+ has the top end camera, but realistically most people will be more than happy with the Leica camera on the P40 Pro.

The display is curved – Huawei’s Quad Curve Overflow display, to use the company’s terminology – and is just under 6.6 inches in size. The quality is, as it has been in the past, superb. There isn’t much to criticise about the phone’e performance either, as long as you aren’t trying to run some side loaded Google apps.

So that’s what it comes down to: Google or no Google? If you can live without Google on your phone, then the P40 Pro is an excellent Android handset, with a superb camera.

1 Lockdown exit: How can Irish economy reopen without big health risks?
2 Property market has not felt full impact of Covid-19, warns Sherry FitzGerald
3 Government announces €1bn in supports for businesses
4 Tesco says coronavirus costs could reach €1bn
5 I want to change my will quickly in case I fall ill. Do I need a lawyer?
Real news has value SUBSCRIBE