Chipmaker says suspension of buybacks will not impact on dividend payments 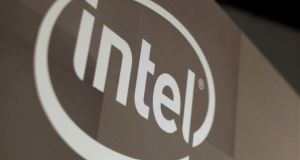 Chipmaker Intel, which employs around 5,000 people in the Republic, has said it is to suspend share buybacks and warned that the coronavirus pandemic could have a material impact on its business, even as its factories remain operational.

The suspension of buybacks would not impact dividend payments, Intel said in a filing.

Intel in October 2019 said it would repurchase $20 billion worth of shares over the next 15 to 18 months. The company bought back about $7.6 billion in shares in the fourth and the first quarter.

The chipmaker, which first established operations in Ireland over 30 years ago, received planning permission for a new €3.6 billion manufacturing facility at its campus in Leixlip, Co. Kildare last November.