Fake news? Maybe not as bad as you think 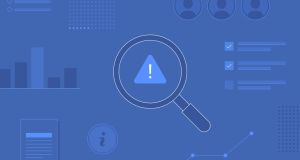 Fake news, am I right? Seems like younger folks will believe anything; they don’t know the difference between news from a verified news source and some crazy blog created by thousands of staff in a converted warehouse in Omsk before going on to flood Facebook, which is ruining democratic discourse.

A new study from Princeton and NYU suggests this may not be the case on a few levels. First, the prevalence of fake news on Facebook is lower than one would assume. According to their data, only 8.5 per cent of users they looked at had shared these kinds of articles with their friends. Those who did, however, were more likely to be Republicans than Democrats, which may be due to more fake news stories being tailored to this demographic.

Another surprising outcome was the age range of those doing this sharing. On average, users over 65 shared almost seven times as many articles from fake news domains as the youngest age group – those aged between 30 and 44. So aside from their big finding that “sharing fake news was quite rare during the 2016 US election campaign”, it seems that “digital natives” are more savvy to this kind of content than so-called “digital immigrants”.

1 Should my mam wait for house prices to drop before buying?
2 Parts of Brown Thomas and Arnotts to reopen next week
3 Brother is dragging his heels as executor of uncle’s will - is there anything I can do?
4 Apple tax case: Four individual lawyers paid over €500,000 each
5 Irish whiskey sales near milestone of 12m cases a year
Real news has value SUBSCRIBE