Company’s technology is installed in 1.5m cars in 40 countries 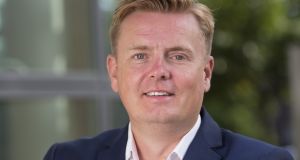 Losses have continued to mount at Cubic Telecom, the fast-growing Irish technology company whose backers include chipmaker Qualcomm and car manufacturer Audi.

Newly filed abridged accounts show losses increased €14.9 million to €19 million in the 12 months ending December 2017, a year in which the mobile connectivity company raised €40 million via a Series C funding round.

Accumulated losses rose to €59.7 million from €40.9 million a year earlier.

The company closed the financial year with net assets of €20.7 million, as against liabilities of €3.1 million in 2016.

Cubic develops mobility solutions for internet of things, machine-to-machine and device manufacturing companies. The group’s technology allows car manufacturers in particular to update mapping and engine software with wireless upgrades that reduces visits to dealerships. The company’s technology is installed in 1.5 million cars across 40 countries.

Established in 2005, Cubic is led by Barry Napier, a former EY Entrepreneur of the Year finalist.

The company has raised more than €75 million in funding from big-name backers such as Qualcomm and Audi. Other investors include Enterprise Ireland and the Ireland Strategic Investment Fund, the €8 billion fund which is managed and controlled by the National Treasury Management Agency.

Cubic, which expanded into four new markets in Asia last year, counts the likes of Microsoft, Vodafone, AT&T, and Volkswagen among its clients.

No details on revenues were included in the financial documents although it does disclose that the company recognised sales of €8.3 million to Audi during 2017, up from €1.3 million a year earlier. Of this €1.9 million was outstanding at the end of the year.

1 Who are Ireland’s 17 billionaires?
2 State subsidises public sector retirees to cover gap until State pension
3 My father in a nursing home wants to gift me his house
4 Richer countries must do more to tackle climate change, Thunberg tells Davos
5 Health insurance: Switch often for your financial wellbeing
Real news has value SUBSCRIBE