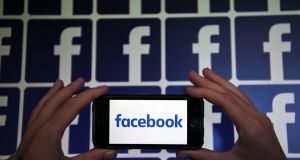 The IRS argues that Facebook understated the value of the intellectual property it sold to an Irish subsidiary in 2010. Photograph: Loic Venance/AFP via Getty

Facebook is slated to begin a tax trial in a San Francisco court on Tuesday, as the Internal Revenue Service tries to convince a judge that the world’s largest social media company owes more than $9 billion, linked to its decision to shift profits to Ireland.

The trial, which Facebook expects to take three to four weeks, could see top executives, including hardware chief Andrew Bosworth and chief technology officer Mike Schroepfer, called to testify, according to a document the company filed in January.

The IRS argues that Facebook understated the value of the intellectual property it sold to an Irish subsidiary in 2010 while building out global operations, a move common among US multinationals. Ireland has lower corporate tax rates than the United States, so the move reduced the company’s tax bill.

Under the arrangement Facebook’s subsidiaries pay royalties to the US-based parent for access to its trademark, users and platform technologies.

From 2010 to 2016, Facebook Ireland paid Facebook US more than $14 billion in royalties and cost-sharing payments, according to the court filing.

The company said the low valuation reflected the risks associated with Facebook’s international expansion, which took place in 2010, before its stock market IPO and the development of its most lucrative digital advertising products.

“Facebook Ireland and Facebook’s other foreign affiliates – not Facebook US – led the high-risk, and ultimately successful, international effort to sell Facebook ads,” the company said in a pre-trial memorandum.

Facebook is the world’s second-biggest seller of online ads after Alphabet Inc’s Google. Monthly users of its core social network climbed 8 per cent to 2.5 billion in the fourth quarter, while 2.9 billion people used one of its apps – Facebook, WhatsApp, Instagram or Messenger – each month.

Bertie Thomson, a Facebook spokeswoman, said the company stood by the decisions in 2010 when it “had no mobile advertising revenue, its international business was nascent and its digital advertising products were unproven”.

If the IRS prevails, Facebook would face an additional federal tax liability of up to $9 billion, plus interest and any penalties, the company estimated in a recent securities filing. – Reuters