‘We claim to welcome all perspectives, but are quick to attack – often in mobs – anyone who presents a view that appears to be in opposition to left-leaning ideology’ 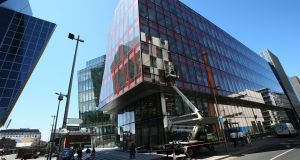 More than a hundred Facebook employees have joined an internal group criticising the social network for having a “political monoculture”, as the company comes under fire from US conservatives and President Donald Trump who claim it has a leftwing bias.

“We claim to welcome all perspectives, but are quick to attack – often in mobs – anyone who presents a view that appears to be in opposition to left-leaning ideology,” Mr Amerige wrote in the memo.

A source close to Facebook said the group was intended to be constructive and inclusive of different political viewpoints, and includes people on the left and right.

But the person also pointed out that it was “incredibly small”, given that the company employs tens of thousands.

Congress is set to quiz Sheryl Sandberg, Facebook’s chief operating officer, next week over a variety of issues, including Russian interference on the platform. Now, some Republicans are likely to question her on why some of the company’s own employees are concerned that it could be too liberal.

Earlier this year, Facebook tasked Jon Kyl, a former Republican senator, with probing claims that the company had an anti-conservative bias. Mr Kyl has not yet finished his investigation.

A Facebook spokesperson said: “On day one of Facebook’s new hire orientation in Menlo Park, everyone hears from our chief diversity officer about the importance of diversity and how to have respectful conversations with people who have different viewpoints.”

The group has formed as the US right has become increasingly vocal in its criticism of Silicon Valley companies, accusing them of censorship. Complaints have intensified after Google and Facebook banned the accounts of Alex Jones, the director of InfoWars and an alt-right conspiracy theorist.

On Tuesday, Mr Trump warned Google, Twitter and Facebook that they were “treading on very very troubled territory, and they have to be careful”. The president’s comments came after tweets where he alleged that 96 per cent of all Google News searches for him produced results from what he called the “National Left-Wing Media”.

Twitter has also recently been accused of so-called shadow banning by hiding tweets from a users’ audience because of its political viewpoint. The messaging platform denied the accusation, saying some accounts had been affected by an error in its auto-suggestions but they belonged to both Republican and Democratic politicians, as well as many others.