Facebook co-founder says company should be split in three 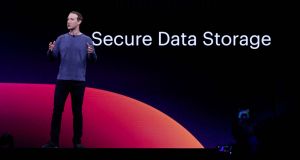 Facebook co-founder Chris Hughes on Thursday called for the world’s largest social-media company to be split in three and said chief executive Mark Zuckerberg should be held responsible for privacy lapses.

Some US lawmakers have also urged antitrust action to break up big tech companies as well as federal privacy regulation. Facebook has been under scrutiny from regulators around the world over its data-sharing practices, and hate speech and misinformation on its networks.

“We are a nation with a tradition of reining in monopolies, no matter how well-intentioned the leaders of these companies may be. Mark’s power is unprecedented and un-American,” Hughes wrote in an opinion piece in the New York Times on Thursday.Facebook’s social network has more than two billion users across the world. It also owns WhatsApp, Messenger and Instagram, each used by more than a billion people. Facebook bought Instagram in 2012 and WhatsApp in 2014.

“The government must hold Mark accountable. For too long, lawmakers have marvelled at Facebook’s explosive growth and overlooked their responsibility to ensure that Americans are protected and markets are competitive,” he said.

“Facebook accepts that with success comes accountability. But you don’t enforce accountability by calling for the break-up of a successful American company,” said Facebook spokesman Nick Clegg in a statement.

“Accountability of tech companies can only be achieved through the painstaking introduction of new rules for the internet. That is exactly what Mark Zuckerberg has called for.”

Hughes, who is a former roommate of Zuckerberg, left Facebook in 2007 and then went to work for presidential candidate Barack Obama. Hughes, who bought and then sold the New Republic magazine, wrote a book last year about income inequality.

Hughes co-founded Facebook in 2004 at Harvard with the company’s chief executive Zuckerberg and Dustin Moskovitz. He quit Facebook in 2007 and later said in a LinkedIn post that he made half a billion dollars for his three years of work.

“It’s been 15 years since I co-founded Facebook at Harvard, and I haven’t worked at the company in a decade. But I feel a sense of anger and responsibility.” – Reuters