These devices may be here to stay, now the insurance companies are getting on board 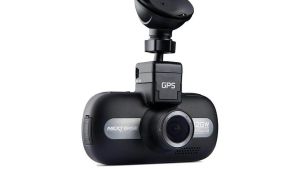 Nextbase Dashcam 512GW: Not the most complex thing to set up.

I am not entirely comfortable with dashcams. The idea that your every move is being recorded, in and outside the car, is a little unsettling. Welcome to the new era of surveillance – well the one we’re aware of at least.

We are a little late to the dashcam party. It seems everyone else has been merrily sticking them in on their car windscreens, if YouTube is anything to go by.

Regardless of my personal misgivings about them, it seems dashcams may be here to stay, with the insurance companies getting on board. Nextbase has done a deal with Axa insurance that gives its customers 10 per cent off insurance premium if they have a Nextbase Dashcam in their vehicle and Axa customers also get 10 per cent off the price of the dashcam itself.

There are likely very good reasons why the insurance companies like them. Chief among them is in the case of an accident, there is footage of the incident right there, ready to prove – or disprove – a claim, stamped with the time and date, and in some cases a GPS location. It wraps everything up in a neat bow. Having a dashcam may also make you a little more conscious of how you drive too.

So I put my doubts about dashcams to one side and installed the Nextbase 512GW Dashcam in my car. Installing it is simple. There is a suction cup that attaches to the dashcam with a magnetic GPS mount, allowing you to position your dashcam on the window out of your eye line. Then all you need to do is make sure the wire from the in-car charger – and you’ll want to use that, if you plan on using the camera for any length of time – doesn’t get in the way.

The device itself is fairly standard in the dashcam world. On the front you have touch-sensitive controls and a 3in screen. On the back, you have the protruding lens that captures everything in quad-HD quality with a 140 degree angle of view. The magnetic connector means you can quickly remove it from the car when you need to, making it less of a theft risk. You can switch between video and still images, but video is the default.

There is a rechargeable battery, but once the GPS kicks in, it doesn’t seem to last too long. That’s why it’s a good idea to have the in-car charger available. For some reason it has a mini-USB connection to charge, which means you might struggle to find a spare cable when needed.

You’ll need a micro-SD card to record that footage – minimum 16GB would be a good idea, which will give you about an hour of recording on the highest quality settings. You can dial it back a bit if needed.

This isn’t a GoPro, so it won’t keep recording one long video file. It splits it into three-minute video clips by default, but you can change that in the settings to five minutes or two minutes, depending on your own preferences. That’s intended to make it easy for you to send any files to your insurance company should the worst happen. Not only do you not have to edit the footage from an hour of video, you also have a file that is a manageable size so your email doesn’t completely flip out and refuse to work, clogging up everything for the foreseeable future.

It’s not the most complex thing to set up, although if you are coming at as a beginner you might get a little intimidated. The menu has options for adding time and date stamps to footage, or GPS stamps so you can pinpoint a location of an incident easily. But aside from getting all that set up, there’s little else to do. You can manually set up the time and date, but the device is designed to start automatically recording as soon as it detects power from the cigarette charger, and stop when the ignition turns off and cuts the supply.

Even the recording set up is simple. Once the card is full it starts recording over the oldest footage, so you never even have to touch the camera, unless there is video you need from it.

All this is great, but the one question that’s important is: is the camera footage of good enough quality? In a word, yes. The wide angle lens takes in a lot and the only real danger to quality is the potential glare from the windscreen, but Nextbase say they have taken care of that.

Once you have it set up, there’s relatively little you need to do. Hopefully you’ll never need to touch it, which is a good complaint. The footage from the camera is clear enough to be useful should you ever have a crash. But just watch for windscreen glare.

Sometimes the touch controls are not the most responsive, which can be frustrating. And when you look at it initially, it looks complex.

The GPS function allows you to stamp the location on the footage, which could help in the event of an accident; ditto for time and date. There is also built-in wifi for transferring files. If you want a dual view – recording the road but also what’s going on in the car – you can connect an optional (and for extra cash) rear camera. There’s a port for that on the top left of the device.

I’m still not totally sold on the idea of fitting a dashcam permanently, but it’s a useful pair of eyes in the event of an accident.