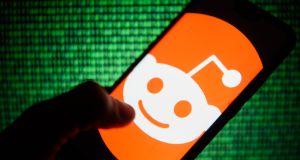 Reddit is establishing its new office on St Stephen’s Green and intends to hire up to 25 people initially. Photograph: Omar Marques/SOPA Images/LightRocket via Getty Images

The hugely popular but also highly controversial online discussion forum Reddit is hiring an “anti-evil” operations specialist in Dublin as it opens its first international office in the Republic.

Reddit, whose website is home to thousands of online communities, is establishing its new office on St Stephen’s Green and intends to hire up to 25 people initially as it looks to build out its anti-evil, security, community and engineering teams locally.

The employees will be working on core product development, site and user account security, and engineering solutions to detect and prevent policy-breaking content, the company said.

Speaking to The Irish Times, chief technology officer Chris Slowe said he was keen to ensure the Dublin office wouldn’t be just a support operation.

“I really want to make sure we set up a lovely freestanding Irish Reddit presence that is unique but also fits comfortably into the wider company,” said Mr Slowe.

“I’m treating it in the same way as I would a start-up so it has to have its own mission and culture,” he added.

Mr Slowe said he expected to hire a dozen engineers with a similar number of people being taken on to look after operations, which includes growing the company’s Redditgifts offering, an anonymous gift exchange programme.

“We’ve a lot of interesting problems and there’s a lot of pent-up energy from people who know our brand and want to work for us. The numbers we’re looking to hire are pretty modest so I don’t expect it to be difficult for us to hit our target quickly,” he said.

Founded in 2005 by Steve Huffman and Alexis Ohanian, Reddit, is often referred to as the “front page of the internet”. It is an online community where users, or “redditors” as they are also known, submit, vote, and comment on content, news, and discussions.

The company recently raised $400 million (€357 million) in a funding round led by Chinese tech giant Tencent that values it at $3 billion (€2.6 billion). Having raised a total of $550.1 million (€491 million), Reddit now has over 20 investors, including Advance Publications, which owns Conde Nast, the company’s former parent.

The company doesn’t disclose revenues but CNBC reported last year that it was expected to exceed $100 million (€89 million) in turnover for 2018.

Reddit, which employs about 450 people in total, is the fifth most popular site in the United States currently and the sixth in Ireland, according to research company Alexa. Globally, it is the 19th most popular website.

It has more than 330 million average monthly active users, over 138,000 active communities and 14 billion views per month.

Since it was founded, Reddit has been at the receiving end of criticism over abuse and harassment on its platform.

Mr Slowe is a founding engineer, who along with a number of leading executives including Mr Huffman, left Reddit only to return some years later. His return has coincided with a concerted effort to take action to address the issues that have caused controversy.

“Reddit is really just a microcosm of humanity,” he says.

“Just as in the outside world, 98 per cent of people are good and funny and helpful and it is really a case of dealing with that last 2 per cent who can have an outmoded impact because they shout the loudest,” Mr Slowe added.

Although the company is targeting a limited number of employees for the Dublin office, Mr Slowe said there was scope to increase headcount down the line.

1 Fiona Reddan: Who’s afraid of Revolut? Not AIB and BOI it seems
2 Lahinch Golf Club runs out of its own cash after €3m Covid-19 hit
3 Son putting elderly dad under pressure to sign over land
4 France demands digital tax payments from US tech groups
5 BOI customers to be charged twice with bank fees on New Year’s Eve
Real news has value SUBSCRIBE