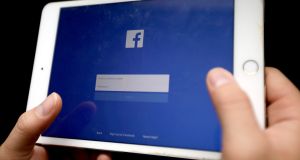 Social media giant Facebook says that lessons learned during the Irish abortion referendum has informed its new approach to regulating political ads on its platform to protect the integrity of elections.

The comments come as Facebook announced new tools to prevent online advertising from being used for foreign interference in elections and to increase transparency around all forms of political advertising. The change was prompted by the upcoming European parliamentary elections in May.

Asked by The Irish Times whether the company viewed its actions in the 2018 abortion referendum as being effective, it said it believed its decision to ban ads from outside of Ireland was the right decision.

“Obviously we’ve learned from that”, and the new system means “nobody outside a country will be able to get their ads through unless they cheat our system”, the company said.

In a blog post, Facebook’s vice-president of global policy solutions, Richard Allan, said: “Importantly, this means that all the people who are reaching you with ads identified as related to politics or issues, have been authorised as being in your country and will be required to provide accurate information about who they are.”

During the 2018 abortion referendum campaign, Facebook took the decision to block ads originating from advertisers outside the Republic. The move followed fears over the influence of foreign actors on domestic elections and ballots.

However, Facebook subsequently came under fire as, despite these steps, journalists from outside the State were able to buy ads targeting Irish accounts with referendum-related advertising during the campaign.

A spokeswoman for Facebook said on Thursday that, while the initial referendum fix involved writing a line of code, these new arrangements had now been fine-tuned and were more rigorous.

In addition to banning outside actors from placing an advertisement, all political ads have to be clearly labelled with a “paid for by” disclosure from the advertiser. The company said that when users click on that label, they will be able to see more information such as the campaign budget associated with an individual ad, how many people saw it and their age, location and gender.

“We want to make sure that we capture the broad range of ads that are intended to influence the outcome of the election. This means including not only ads that advocate voting for particular candidates or parties but also issue ads, which don’t explicitly back one candidate or political party but which focus on highly politicised topics such as immigration,” Mr Allan wrote.

Facebook has created a new tool called “Ad Library” to make it easy for users to see ads classified as relating to politics. The ads will then stay in the library for seven years and, again, users can see how many times an ad was viewed as well as demographic information about the audience that was reached.

Ads from news publishers promoting stories covering an election or an issue are intended to be exempt from the new tools although Facebook said it doesn’t have the systems in place yet to exempt news stories in all countries.

“These changes will not prevent abuse entirely. We’re up against smart, creative and well-funded adversaries who change their tactics as we spot abuse. But we believe that they will help prevent future interference in elections on Facebook,” Mr Allan concluded.