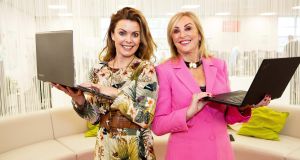 Abodoo, an Irish start-up that has developed a technology platform that matches workers with companies that support remote working, is looking to raise €6 million in a new fundraising round.

The Co Wexford-headquartered company, which this week announced the appointment of Voxpro co-founder Linda Kiely as a non-executive director, is launching its services in the US in the coming weeks.

The company, which is already active in Ireland and Britain, was established by Vanessa Tierney and Ben Wainwright in 2017. Led by Sue Marshall, who previously ran Denis O’Brien’s Saongroup business in China, Abodoo has raised €750,000 to date, with backers including Linda and her husband Dan Kiely, and Enterprise Ireland.

Speaking to The Irish Times, Ms Tierney said the funding round officially opens on April 1st, with Abodoo already having secured a pipeline of interested high net-worth angels and VCs. She said the company hoped to close the round within a few months but was still open to talking to new potential investors.

Abodoo, which has about 21,000 registered users in Ireland and Britain, not only matches workers with companies but also uses the data it collects to develop talent heatmaps that can highlight skills clusters outside of major cities. That allows employers to see what kind of talent is available in rural locations.

“We have big plans to encourage people to use Abodoo in the way they might currently use platforms like LinkedIn,” said Ms Tierney.

She said the appointment of Ms Kiely was made in part to have a diverse company board but also because of the value she brings as an experienced entrepreneur used to scaling businesses and entering new markets.

“Linda has been an invaluable support to us since our earliest days. Voxpro is extremely well-known in the US, and her experience will help us as we look to expand there,” said Ms Tierney.

Voxpro, the fast-growing Irish business process outsourcing company established by the Kielys above a pub on Marlboro Street in Cork city in 1995, now employs close to 3,000 people in the Republic and a further 2,000 people outside the State.

Canadian call centre giant Telus International acquired a 55 per cent stake in Voxpro in August 2017 for $58 million, with an option to acquire the rest of the company in a deal valued at up to $141 million.

“I’m happy to join the board of Abodoo, not just because I believe it’s a great business, but also because it’s super to be able to support other female entrepreneurs in their endeavours to make a difference and to create meaningful employment,” said Ms Kiely on her appointment to Abodoo’s board.

Ms Tierney said as Abodoo looked to expand in the US it expected to find it easier to make progress than has been the case to date. This is due to the popularity of smart working, where there is an option for between 35 per cent and 40 per cent of US employees to avail of it.

“Smart working has really taken off in the US, so things are more straightforward in terms of selling our solution. In most markets there is more of an education piece that needs to be done before people get on board,” said Ms Tierney.