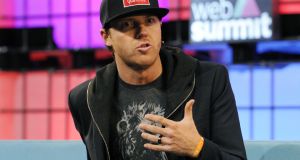 US software company Qualtrics has said it plans to double its Irish workforce from 300 to over 700 “in the next few years”.

The company, which captures and analyses data on brands and products from real-time sources including social media, is on a major expansion drive on foot of a pick-up in demand for its services.

It said it had already created 80 new jobs at its Dublin-based European headquarters this year, and was in the process of recruiting 50 more staff to fill roles in the sales, support and technical teams.

The company has plans to create additional office space in Dublin by developing the building next to its existing offices at Clarendon Row, near the Gaiety Theatre on South King Street.

Qualtrics was acquired by rival software group SAP last year in one of the biggest tech deals of recent times, worth over €7 billion.

The company is hosting an open house next Thursday, October 17th, for prospective employees to hear more about the company’s growth plans.

“We’re one of the fastest growing technology companies in the world, and now is an exciting time to join the Dublin team,” said vice-president of its Europe, the Middle East and Africa (EMEA) division Bertrand Van Overschelde.

“So far this year we’ve had 80 people join the company, and we’re now recruiting for an additional 50 roles. We’re supporting customers throughout Europe from our EMEA headquarters off Grafton Street, and our open evening is a chance for people who might be thinking about their future careers to come in and learn more about our company.

“We have big plans for Dublin – our team is going to grow to over 700 people in the next few years – and we’re looking for professionals with a wide range of qualifications and personal experience to join our team,” said Mr Van Overschelde.