EU regulators: Facebook may have misled us over WhatsApp 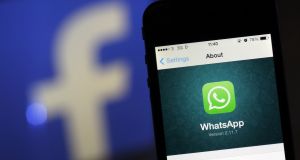 Facebook is facing an antitrust complaint from European Union regulators, who claim the company may have misled them when it sought approval to buy messaging service WhatsApp in 2014.

The social network faces fines of up to 1 per cent of annual sales for providing “incorrect or misleading information” during the EU’s 2014 review of the WhatsApp takeover.

Facebook has until January 31st to respond to the European Commission, and the EU approval for the Facebook-WhatsApp deal isn’t at risk, the authority said in an emailed statement.

EU Competition Commissioner Margrethe Vestager said earlier this year officials were quizzing Facebook over privacy policy changes that allowed advertising on Facebook and Instagram to draw upon data from WhatsApp. Facebook informed regulators in August 2014 that it wouldn’t be able to establish “reliable automated matching between the two companies’ user accounts,” the EU said. It now takes the view this was technically possible in 2014 and that Facebook “intentionally or negligently” submitted misleading information, breaching EU merger rules.

The $19 billion takeover is widely considered to have been a success for Facebook, which also runs its own Messenger service.

Facebook isn’t the only tech company in EU regulators’ sights – merely the latest. The commission has taken on Apple in recent months, ordering the technology giant to repay €13 billion in back taxes in Ireland. It is also investigating Google’s behaviour, and previously tackled Microsoft over what it considered anticompetitive practices.