State has paid €7.1m to lawyers and experts for Apple case

William Fry has received €3.1m over past 5 years 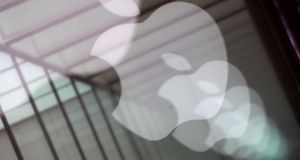 William Fry has received €3.1 million in fees over the past five years for its work on the Apple case. Photograph: Reuters

The State has to date paid €7.1 million including VAT in fees to lawyers and experts in relation to the European Commission’s €13 billion ruling on state aid to tech giant, Apple.

According to the latest figures provided by the Department of Finance, legal firm, William Fry has received €3.1 million in fees over the past five years for its work on the case.

In addition, external counsel have been paid €2.56 million for their work.

A spokeswoman at the Department of Finance said: “These figures include costs incurred in relation to the EU Commission’s investigation, as well as the appeal of the Commission’s final decision, and the costs associated with the State’s legal obligation to recovery the alleged aid”.

The spokeswoman said that €3.7 million of the €7.1 million relates to the recovery process of the monies.

She said “This includes all legal costs, consultancy fees and other associated costs.”

The fees “have been paid by the Department of Finance, Revenue Commissioners, NTMA, Central Bank of Ireland, Attorney General’s Office and Chief State Solicitor’s Office”, the spokeswoman said.

A further breakdown of the fees shows that €528,470 has been paid to solicitors, McCann FitzGerald, and €595,400 to accountancy firm PwC.

The European Commission found in 2016 that the State had granted state aid worth €13 billion to Apple. Both Apple and the State have appealed the commission’s decision.

Last September, the Minister for Finance, Paschal Donohoe confirmed that Apple had deposited in full the €13.1 billion owed in disputed taxes into an escrow account set up by the Government.

In total, Apple deposited €14.3 billion into the account, which represents the full recovery €13.1 billion plus EU interest of €1.2 billion.

Mr Donohoe said at the time: “While the Government fundamentally disagrees with the Commission’s analysis and is seeking an annulment of that decision, as committed members of the European Union, we have always confirmed that we would recover the alleged state aid.”

Separately, the Department of Finance has confirmed that last year it paid Indecon €438,253 for four separate economic consultancy reports.

The pay to Indecon includes €154,493 on the firm’s report on the Taxation of Vacant Residential Property Tax.

In addition, Arthur Cox received €428,718 from the Department of Finance, including €261,413 in advance of the establishment of the Home Building Finance Ireland and €163,612 for ‘banking sector recapitalisation litigation’.