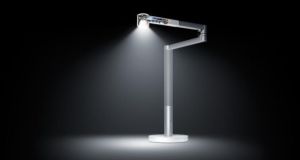 The Irish arm of Dyson, the well-known designer and manufacturer of household appliances, has recorded a 16 per cent rise in turnover to €51.4 million in 2018, newly-filed accounts show.

Dyson last year announced plans to relocate the group’s head office from the UK to Singapore. Mr Dyson, a prominent advocate for Brexit, was accused of hypocrisy after the decision was announced.

Bloomberg recently reported that Dyson has applied for a patent for a new pair of headphones that come with a built-in air purifier to help combat the harmful effects of air pollution. The patent application describes a pair of headphones with air filters built into the ear cups.